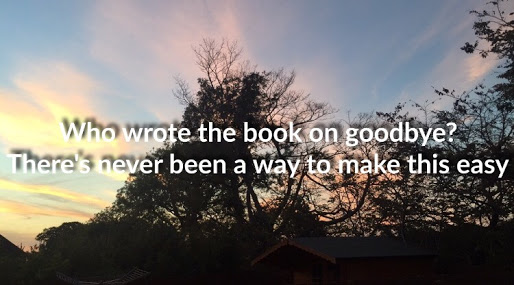 Ok. I think I cause quite a commotion when I post my U.S. visa just 2 days before my departure date in Manila. But rest assured that I didn't join the bandwagon of travel bloggers who leave their work/home country behind to do it full time. I wish I can do that but I don't think I was DESTINED for that kind of life. So kalma mga bes! For the record, I was leaving Manila to WORK abroad. I know I should have done this earlier but I never really considered doing it until last year. Most of my friends were telling me it would be easier for me to work abroad since I TRAVEL a lot & I wouldn't have a problem adjusting in a new environment. I think all of you would be surprise to know that I'm actually SCARED. I mean I was excited when I first got the job offer but as my estimated departure date gets nearer, I won't deny that I've thought so many times of backing out. I thought it would be easy..but I was wrong. Vacation & working abroad are two different things although I would like to think that I'm only here for vacation so I won't really feel the gravity of my situation. I don't even have a kids or a significant other that will be left behind but I still find it hard saying goodbye. It was a good thing that my leaving was so rush that I didn't even have a proper farewell to all my friends & even to my family & relatives. I will understand if most of my friends are going to stop speaking to me lol But believe it or not, just imagine how I felt when my agency said that I'm leaving in 1 week's time after I received my visa. In freaking 1 week!! I was suddenly doing everything all at once-finishing all my deadlines & turning over my work, packing & repacking, went home to the province for 3 days to spend time with my parents & family then back again in Manila 1 day before my flight. I was still packing hours before my flight mind you because I never tried packing that's good for a year, the most I did was only for a week. I really don't know how I did all of this but obviously I was dead tired. When I was on my way to the airport, I was resting my head in one of my travelling bag but the taxi driver misunderstood it & commented "Nalulungkot ka noh sa mga maiiwan mo dito sa Pinas?" I blatantly replied "Ay ndi po. Pagod na pagod po ako. Wala na po akong time mag-emote" Ayun natawa si kuya. Don't get me wrong. I'm sad that I'm leaving but I was more tired to tell you honestly. The first thing I did the moment I arrived here in our apartment was to SLEEP. Yes ladies and gentlemen I just sleep my first day here in SAIPAN. Everything was a blur to me & I wasn't even the least bit excited. All through out the 8 hours of flight from Manila to Saipan I just wanted to get it over with. Manhid na ako bes sa sobrang stress at pagod lol I have year to explore this mysterious island anyway. 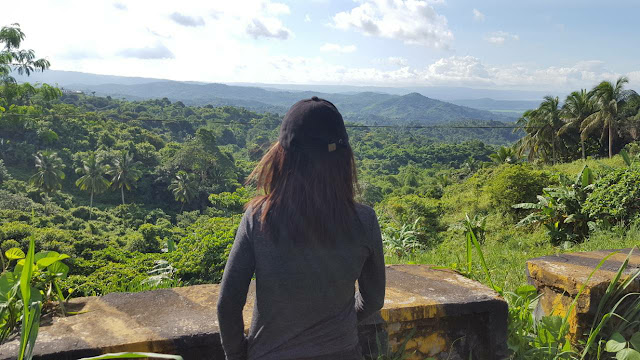 So why SAIPAN? To tell you honestly I don't know. I don't even know Saipan EXIST. That there's even a place as such. Everytime I mention Saipan to my friends or even to my family, most of them will always ask me "Saan yun?" I actually had to google this place when I was invited for a job interview & as expected my employer who turned out to be my boss ask me "Do you know anything about Saipan?" I answered a little too confidently "Yes but only a little. (There's really not much about Saipan in the internet) All I know is that it's part of Guam" My boss replied "No. It's not part of Guam. It's NEAR Guam" So much for researching ayun na-wow mali tuloy ako. I really don't know why I was hired lol I think it's probably because they badly needed an Accountant hehe Anyway, I accepted the job offer in February of this year so I kinda know that I'm leaving before the year ends. I just didn't say anything since it's not yet final & all of this are just verbal/online agreement between me & the agency. Nevertheless I did ASSUME that I would be leaving so I did everything I could to enjoy my stay in the Philippines or more specifically to TRAVEL as much as I can. If you've been reading my blog, this was my BIGGER reason why I went panic flying this year. I was booking flights after flights & was flying almost every month. As exciting as that sounds, my bank account begs to differ otherwise so don't make me your #travelgoals haha This is not my normal travel expenditure. I repeat. THIS IS NOT MY NORMAL TRAVEL EXPENDITURE. What was supposed to be my 2 years worth of travel expenses I did it in 8 months. I just really went all out this year since I figured I might NOT be able to travel out of Saipan for a year since the plane tickets here are astronomical but who knows anything can change. I know myself too well, I might go panic flying again lol

Seriously I keep asking myself why I'm here. What in the world am I even doing here when I could have stayed in my beloved home country if I wanted to. I DON'T even KNOW a single person here in Saipan. All the job application from day 1 to getting here I did it on my OWN by applying through an Agency so tigilan na po ang chismis lol It was really a leap of faith but now that I think about it, I think I just jump off the highest building-head first. Some were even questioning my decision why I'm chasing this dream amidst all the uncertainty & it came to the point that I'm the only one who can see it becoming a reality. Yes I was going after this dream blindly & I would be lying if I said I wasn't worried that everything can go wrong. I can't exactly put into words all the sleepless nights, headaches, stress & tensions just to be here but I can now say that I'm exactly where I'm supposed to be. That everything went according to plan. That this did not turned out to be a big scam which I know most of my haters expect it to be. That I'm perfectly alright..although I'm still adjusting with my new life.

I might not know now why I'm here but God really do have a weird sense of humor because come to think of it, I did state in my blog's bio the "Location: Probably by the beach" before all this transition even takes place and it's funny that I am CURRENTLY living by the beach. So to end this narrative, it's never too late to dream BIG. If it both scares & excites you, that's when you go for it. ALL IN. To hell with playing it safe.

Posted by mimztraveldiaries at 9:42 PM 5 comments: