I will try to cover as much as I can about what is 221g administrative processing is all about because as I mentioned before it is one broad & lengthy topic. In fact when I was researching about it, I've read hundreds of blogs, forums, personal stories from various applicants who like me experienced it firsthand. I went as far as the embassy in London, Egypt, Cyprus & India just to name a few. For some reason, India had the most number of 221g cases or maybe people in India were really vocal about their experience & wanted to share it to the world which I was grateful for because surprisingly I learned a lot from them just by reading their forum discussion.

Disclaimer: I'm no visa expert nor an Immigration lawyer. Everything I've written here is based on my personal experience. Below is a list of possible answers to the most common questions regarding 221g. The reader must verify the information based on their specific situation. 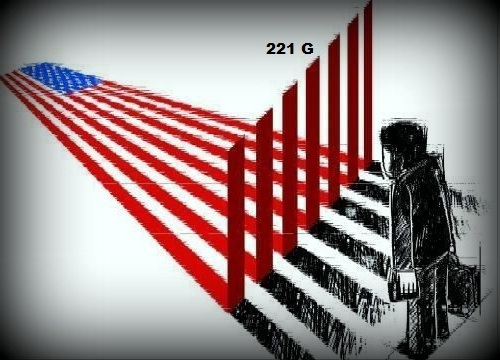 1. What is 221(g) administrative processing?
There are three typical outcomes for visa applicants at U.S. embassies and consulates overseas: approval, outright refusal (denied), or refusal under 221(g) of the Immigration and Nationality Act (INA). A 221(g) refusal – commonly referred to as “administrative processing” is the time period during which visa applications undergo additional review outside of the "normal" visa processing times. Before issuing a visa, consular officers review different databases to determine if information exists that may impact individual eligibility for a visa. A 'hit' on a particular database generally occurs if the consular officer requires additional documents or information from the applicant, the application requires closer scrutiny by the officer, the applicant requires additional background or security clearances (this list is non-exhaustive).

Administrative processing may involve a request by the consular officer for a Security Advisory Opinion (SAO) from the Department as to whether the applicant poses a risk to the United States. Before issuing the SAO, the Department may in turn consult with other government agencies, such as law enforcement and intelligence agencies. There are various types of SAOs, such as:

The term “administrative processing” may also be used in various other contexts, such as


(1) when the consular post has decided to perform an investigation to verify information or to check for fraud, on issues such as the legitimacy of a marriage, an applicant’s education or work experience, the authenticity of a marriage or birth certificate, etc;


(2) after the interview if the consular officer’s decision is chosen for review by a supervisor at the consulate; or

(3) after an applicant has withdrawn his or her visa application.

2. What happens during the visa interview if I get a 221g?
Hmmm as per what I read in numerous visa forums, the consular officer already knows whether to approve o deny an applicant even before he was interviewed since the documents/info you submitted online were already been scrutinized. But that does not necessarily mean that your interview with the consul doesn't count, if there are loopholes in the information you submitted and are inconsistent with your answer that's when the consul can decide to deny. It's the same case with 221g though. When the consul handed me a list of questionnaire in the middle of th interview, that was already his cue that a 221g is forthcoming. Although I do think he did me a little favor there since some applicants were handed a questionnaire via email and we all know that takes a lot of time. The consul wasn't that intimidating after all but I wish I knew that beforehand.

3. What are the chances that my visa is approved after being issued a 221g security check?
The possibility is quite high actually. Almost all the applicants who were issued a 221g form were eventually issued a visa.

5. What should I do after I am placed in administrative processing?
Quite frankly NOTHING. I know it's frustrating but all you have to do is wait. It's specifically noted in the U.S. embassy website that "Before making inquiries about status of administrative processing, applicants or their representatives will need to wait at least 60 days from the date of interview or submission of supplemental documents, whichever is later."

But knowing myself I just can't sit still doing nothing. I just can't lol Which is why I've researched about 221g more than I ever did like my life depends on it and read more than I could until my head hurts from all the information. I think I took comfort from other 221g applicants who eventually received their visa within 60 days. Some received it only after 2 weeks but some remain pending for months, or even years. Every case is unique and each one is treated differently. Just imagine there are a hundred or so visa applicants each day and I don't think it will help if you contact the embassy every single day. As cliche as it may sounds, patience is really a virtue in this waiting period.

Well to even complicate things, I received a SECOND 221g green form after 2 weeks. I thought that my case was already resolved since the 2go courier already texted me that my passport was already scheduled for delivery but lo and behold there was no visa stamped but yet another 221g green form attached on my passport. Bes bakit pati ang visa paasa na rin? If this isn't hopeless, then I don't know what is. The only thing that keeps me going (and not lean on the wall & slowly glide down crying lol) was that this sort of situation already happened to some applicants before (yup reading helps). It just means that my case will take time to resolved and it certainly did. Also, the embassy don't want to retain an applicant's passport for a longer period of time since it is a valid ID and applicants will probably use it for travelling purposes among others. But honestly I was panicking already. My agency was also wondering what happened to me since out of all the workers they hired bound to Saipan I'm the only one who got stuck in 221g administrative processing.

So after 3 weeks of waiting in vain, I finally decided to email the embassy customer service. Not that it helps since all I got was a standard reply but it's better than doing nothing. It's still wasn't enough though since at that point I'm starting to question whether Saipan is really for me, whether I made the right decision or all of my effort will just go to waste. Doubts started creeping in. Days of sleepless nights. Researching in vain. Luggages half-pack & undone. I was living in limbo. I'm not sure where did I get the strength to hold onto & not give up. Perhaps it was through faith or maybe just my innate stubbornness that I really wanted Saipan more than anything. I did still keep my job at that time but I already hand in my resignation around August. Yes I still don't have my visa and was on my 30 days of administrative processing. Call it a bold & crazy move. I don't highly recommend anyone doing what I did. I just took a huge risk because for some reason I was having this strange manifestation that I'm gonna receive my visa within 60 days. Believe it or not, it sure did. Someone from the embassy called me that I should submit my passport back so that they can issue my visa. Finally! It was really a test of patience, of character and of faith. I guess if it's really meant for you, it will be.
Posted by mimztraveldiaries at 6:13 PM 111 comments: